Greetings Humans of Landlord Broadband,
Thank you for subscribing to our quarterly newsletter which aims to keep you updated on what we have been getting up to, and what has been moving and shaking in our industry. We hope you find this edition informative and a useful check-in. We look forward to hearing from you in the future. From all the team at Landlord Broadband, we wish you a very Merry Christmas and all the best for the New Year!

What’s going on in our Industry?

During the last quarter, we have watched the property market be constantly affected by the uncertainty of Brexit.

Legal: Brexit is at the forefront of many minds with increasing stress over the economy. Now past the original extended Brexit date, it is evident that the property market is in constant decline due to the uphill battle of leaving the EU with good trade deals as this will cause the import of building materials to fluctuate massively. Other news within the real estate sector shows that a group of landlords known as the Combined Property Control Group (CPC) defectively challenged the Company Voluntary Arrangements (CVA) proposed by Debenhams Ltd. CPC argued that pursuant to section 6 (1) (b) the Insolvency Act 1986 – “Subject to this section, an application to the court may be made, by any of the persons specified below, on one or both of the following grounds, namely, that there has been some material irregularity at or in relation to the meeting of the company, or in relation to the relevant qualifying decision procedure” – the CVA was unfairly prejudicial because it treated landlords less favourably than other unsecured creditors.

Technology: Last month, the future of Property Technology (PropTech) was discussed at length, topics such as culture shift and data ranges. The director of innovation at JLL UK, Alex Edds, stated that PropTech is frequently undersold as just being “The digitalisation of real estate”. However, this is just the blanket term as “At its core, PropTech addresses fundamental questions of how we experience and extract value from real estate”. Results from a study developed last year were published last month, showing that 56% of real estate owners rate their business 5/10 and lower for their innovation upon a digital presence, 48% of real estate owners believe that PropTech will help the pain point of customer service, and 73% of real estate owners see digital innovation as a positive opportunity for their business (KPMG, 2018).

Financial: A recent article by PlaceTech discussed the Future of Real Estate Finance – One of the major financial developments within the real estate sector is the growth of bridge lending. Gross annual lending in this space hit £5.6bn in Q2 2019, according to the West One Bridging Index (WOBI). That has been a steady rise from just £1.7bn in Q2 2013. LendInvest, for example, was launched as a direct response to a shortage of short-term loans around the time of the financial crisis. Among its products, it offers up to 75% LTV on bridging loans of up to 18 months. It also covers other areas banks are wary of considering, including development finance. But technology isn’t the only thing. In current years, numerous cryptocurrencies have tried to tokenise real property: essentially selling blocks of buildings to investors. But none of these have taken off, and part of the trouble is the absence of regulations in the crypto market.

What are we working on?

Letting Agents: Since our previous newsletter, the Letting Agent sector has been under pressure to regain stability following the legislation on banning letting fees and efforts to abolish “rouge” letting agents. There has been a substantial financial effect on letting agents with as little as 2% not experiencing financial loss. Pressure has also mounted from landlords putting any vacant properties up for sale to avoid the uncertainty of house prices post Brexit. There are positive times to come however, as buy to let properties continue to appear and a new online property portal for lettings announced for the new year.

Landlords: With the general elections looming, uncertainty remains as to how landlords will be affected by new legislation and Brexit plans. The Labour Party proposes new rent controls, and the Conservatives plan to introduce Lifetime Rental Deposits and to freeze rates on income tax and National insurance. As well, both are backing the abolition of Section 21 (No-Fault Evictions) in addition to many more policies to be introduced by other key players (Lib Dem manifesto). Additionally, Brexit plans remain unclear. House prices are dropping, which is ideal for buy-to-let investors looking to cheaply expand their portfolio, however, many landlords appear to be doing the opposite. Additionally, the NLA (National Landlords Association) and the RLA (Residential Landlords Association) have proposed their intention to merge this year and create one organisation for landlords and no longer compete. It will now be known as the NRLA (National Residential Landlords Association) and will have 80,000 landlords in membership. Together, its members will manage or own 500,000 properties. 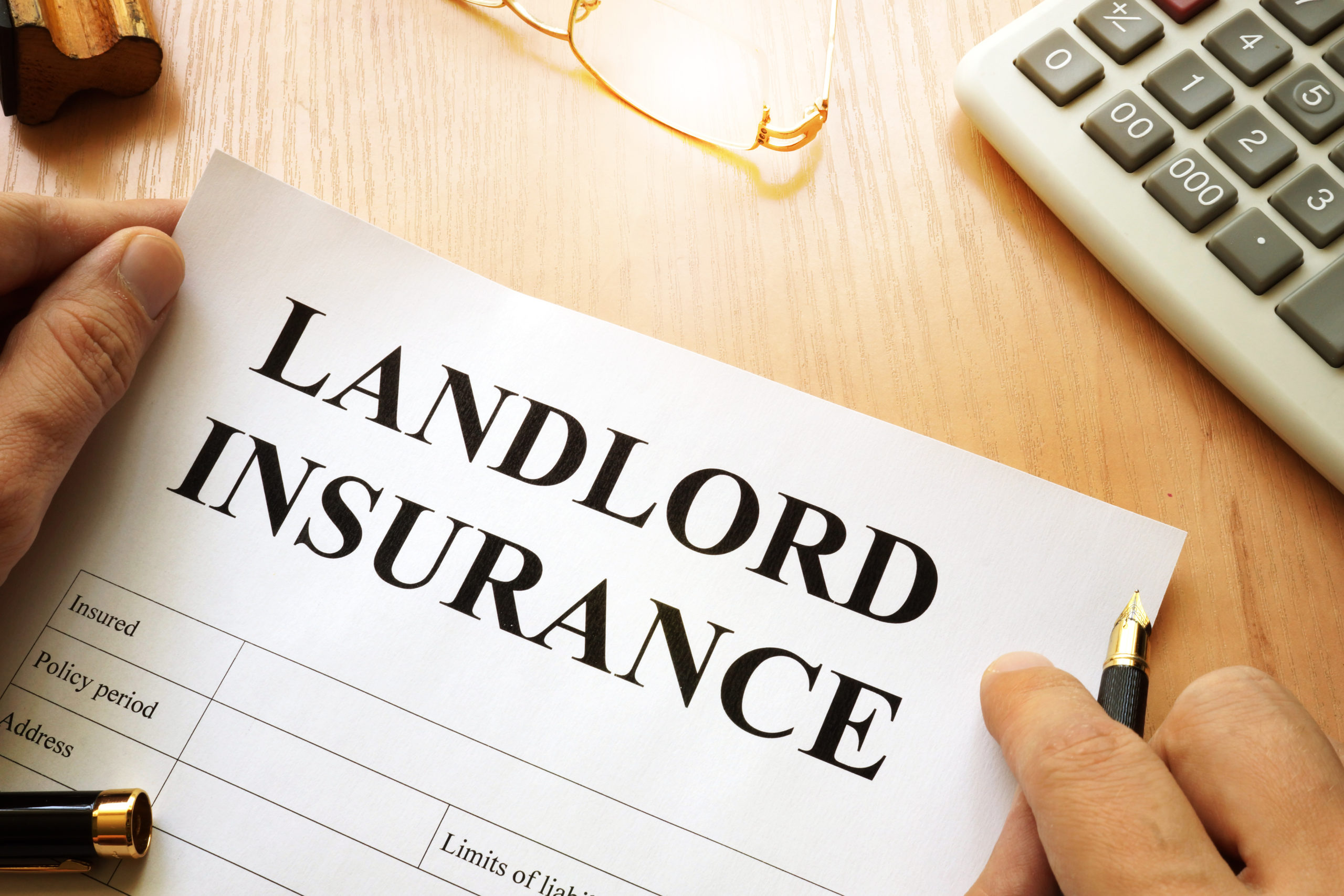 Serviced accommodation: Since our previous newsletter research has shown that Apart-hotels are heading the growth of the UK’s accommodation sector. A recently published report revealed that Serviced apartments are ‘booming’ and are becoming a more popular choice with business travellers around the world. Research has put this down to various reasons including a ‘more for less’ approach when it comes to the cost, up to 30% more space and its ‘home away from home’ atmosphere.
Meanwhile, Airbnb has announced its nine-year sponsorship agreement with the International Olympic Committee. The deal, which spans five Olympic and Paralympic games, involves the IOC and IPC pledging to make at least $28 million worth of Airbnb accommodation available to athletes throughout the games. However, following the announcement French hoteliers have suspended their collaboration with the 2024 games in Paris owing to what they claim to be unfair competition from Airbnb.

Housing Associations: News headlines over the recent quarter commonly refer to the UK’s shortage of accessible housing. Many housing and charity groups have voiced their concerns to the next government regarding the need for greater action – The ‘HoME’ organisation has published an open letter calling on the next government to increase the supply of housing suitable for an ageing population and people living with disabilities.
Other recent news within the interest of housing associations regards benefit payments – Payment schedules will be affected due to three bank holidays in one week over the festive season. Department of Work and Pensions has already announced when Universal Credit and benefits claimants will be paid over Christmas and New Year.

New developments: As the date to leave the EU has been rescheduled to 31st January 2020 the construction industry has once again taken a severe hit to its productivity. Numerous leading industry bodies blame the political uncertainty for the loss of work for the sixth month running, as revealed by the latest Project Management Institute (PMI) survey. Other news within the industry focuses upon the health and safety regulations adopted into the construction world. The Grenfell Tower inquiry (originally published 30th October 2019) received a response from the British Safety Council (BSC) that discussed the future design and construction of buildings, including their cladding. Within the report, the BSC calls for the government to consider the implementation of suggested legal requirements to avoid such a tragedy in the future. It has also been revealed in the past month that the Health and Safety regulations within the construction industry will weaken when Britain exits the EU due to the concern of industry bodies avoiding health and safety regulations on their construction sites.

New propositions: Last quarter saw the launch of our Smart Property Management service. We are currently exploring a developing product range of smart devices that are new to the market. Therefore, our current focus is on portfolio managed smart heating controls. However, watch this space for new products as we test and add them to our range! Smart homes are only getting smarter due to IoT (Internet of Things) devices and machine learning becoming more advanced. We expect the future to see WiFi technology transforming from smart homes into high-speed smart cities. Our portfolio smart heating solution has been available from 1st November so if you include heating bills in the rental package and want more predictable costs and savings to your bottom line then please get in touch.

Meet marketing team member Jacqueline, our Letting Agent aficionado and LinkedIn expert. Here’s what she gets up to when she’s not teaching us new shortcuts on LinkedIn. “I’m a first-year Marketing student at the University of York and have just joined Landlord Broadband where I work on the marketing team alongside my studies. I’m responsible for managing marketing towards letting agents, and since joining the team I have enjoyed learning about the sector and creating relevant social media content.

During previous university study, I touched on marketing, which lead me to pursue a degree in the subject and ultimately finding this role. I hope to work in brand marketing management upon graduating. I’m a University of York scholar and try to get involved with fundraising for future scholars. And when the work and study days end? Mummy duties await!” 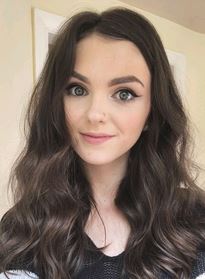 That’s it from us, we hope you enjoyed our newsletter,

Fun Fact: It was estimated that more than 9 billion WiFi-enabled devices would be in use worldwide at the end of 2017. Here we are two years later and that number is likely a lot higher now! But it makes sense, just think about the different devices you have – and all the new ones people will receive from Santa this Christmas!